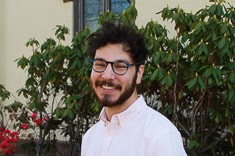 Daniel Levin is a School of Arts and Sciences Honors student majoring in Political Science, Women's and Gender Studies, and Comparative Literature. He is a recipient of the Academic Excellence Award, and serves as the Senior Editor for The Anthologist Literary Magazine and Proteus: The Rutgers Comparative Literature Journal. In the past, he has worked with Casa Freehold, an immigrant rights organization intent on integrating newly immigrant persons into their communities and advocating for their health, work, and educational safety. Extending his compassion for human rights and dignity, he has also spent time visiting New Jersey detention centers in order to assist individuals with finding pro-bono legal representation. His academic interests aim to close the gap between theory and practice, philosophy and historicism, and the like. Such interests inspire research, which includes: fostering solidarity through a philosophy of praxis; the illiberal pursuits of democracy against the will of Central Asian republics and the people of the Caucasus in the Soviet era; and using Hegelian Philosophy and German Critical Theory as a framework for understanding contemporary phenomena.