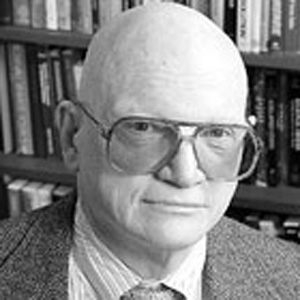 The Fellowship Program is named for Professor Lloyd C. Gardner, a distinguished scholar and historian at Rutgers. Professor Gardner received his Ph.D. at the University of Wisconsin. Professor Gardner joined the Rutgers University history department in 1963. Now Professor Emeritus, Dr. Gardner retired as a Board of Governors Professor and the Charles and Mary Beard Professor of History. The author or editor of many books and countless essays and reviews, Professor Gardner remains one of the nation's preeminent historians of American foreign policy and diplomatic history.

Professor Gardner held a Guggenheim Fellowship as well as Fulbright Professorships in both England and Finland. He is the recipient both of Rutgers' own Daniel Gorenstein Memorial Award for outstanding scholarly achievement and service and the American Historical Association's Award for Scholarly Distinction and lifetime achievement.

During his distinguished academic career, Professor Gardner has taught thousands of students, directed dozens of undergraduate theses and served as an advisor to more than 40 doctoral students. Still an active scholar and teacher after almost half a century at Rutgers, Lloyd Gardner continues to teach an undergraduate seminar each year and to direct undergraduate honors theses. His ability to convey "an understanding of the need to examine contemporary issues with critical, yet constructive, urgency" is honored by a donation from a former student, John Adams, Rutgers College Class of 1965, to endow the Fellowship Program.