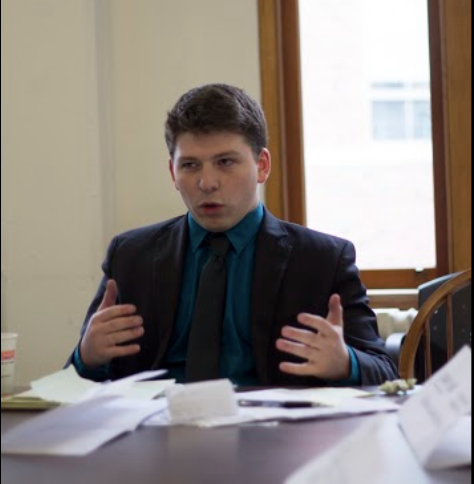 Eli Liebell-McLean is a Rutgers Presidential Scholar in the School of Arts and Sciences Honors Program, majoring in English with a minor in Political Science. In the summer after freshman year, Eli studied abroad in England and subsequently interned as a research assistant in the New Jersey Senate Majority Office, where he compiled information on policing reform, public pensions, and NJ Transit for policy advisors. He worked during sophomore year as Aresty research assistant to Dr. Ben Sifuentes-Jauregui, studying the narrative structure and themes of Latin American and Hollywood melodrama, particularly the tension between traditional, conservative social forms and modern progressivism and supposed moral decay. Eli believes strongly in the political power of language: the words used to define actors and their actions contribute enormously to political attitudes and arguments (e.g. ‘terrorist,’ ‘assassination,’ ‘humanitarian’). He has served two terms as the Head Delegate for the Rutgers Model U.N. team from 2015-17 and will act as Director of Staff at Rutgers’ first collegiate conference in April 2017. Other interests include American national security policy, obscure graphic novels, and arguments of any and all kinds.