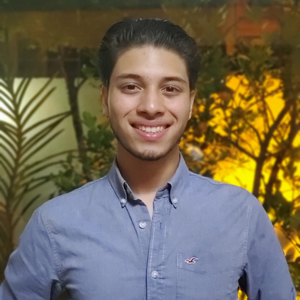 Gabriel Garcia is a junior in the School of Arts and Science double majoring in Political Science and Economics. Gabriel first became interested in politics after playing President Juan Peron in his high school’s rendition of Evita. During his freshman year at Rutgers, he was a member of the Law and Politics Living Learning Community where he met many like-minded peers who shared his academic and career interests. He also became involved with the student-led organization NJPIRG and volunteered with them in the Fall of his Freshman year as well as interning to help with their New Voters Project that subsequent summer. Most recently he interned with State Senator Vin Gopal’s reelection campaign this past Spring and then participated in the Rutgers Advocacy Corps this past summer where he advocated for higher education funding. Gabriel wants to use his affinity in both Political Science and Economics to fight for and protect the economic rights of the less fortunate, as well as fight against absolute profit maximization pursued by corporations at the expense of the general public’s welfare. Gabriel’s current favorite political topic is the history of Cuban-American relations, more specifically America’s involvement and hindrance in Cuba’s economic state of affairs. Outside of school, Gabriel really enjoys musicals, riding bike, playing chess, and watching Hasan Piker, a political commentator. After more than a year of physical absence from the Rutgers community due to the COVID-19 pandemic, Gabriel is excited to finally come back to campus and to engage with the Rutgers community, especially through the Gardner Fellowship Program.