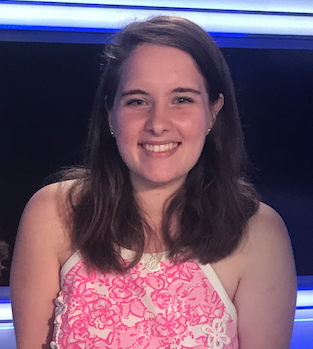 Andrea Vacchiano is a member of the School of Arts and Sciences Honors Program double-majoring in History and Political Science. Andrea serves as President of Young Americans for Liberty, Public Relations Chair of the Rutgers University Debate Union, and Treasurer of Young Americans for Freedom. She spent the summer of 2017 interning at The Daily Caller News Foundation in Washington, D.C., where her work was featured in The Drudge Report, The Daily Caller, and the Heritage Foundation’s Daily Signal, among others. Andrea has also interned at the Clare Boothe Luce Policy Institute, the Eagleton Institute of Politics, the Madison Historical Society, and Chris Christie’s gubernatorial campaign in 2013. She was also an opinions columnist for The Daily Targum during her sophomore year. In addition, Andrea was an Aresty Research Assistant for Dr. Louis Carlat of the Thomas Edison Papers, where she transcribed wax cylinder recordings containing the memories of Thomas Edison's colleagues. She is currently a research assistant for Dr. Lisa Miller and will be interning for the Scarlet and Black historical project in the fall of 2017. Andrea is often split between political and historical interests and hopes to either pursue a PhD in history after graduation or work at a news publication or think-tank. In her free time, she enjoys reading primary documents, debating, attempting to learn German, and watching Stanley Kubrick films.